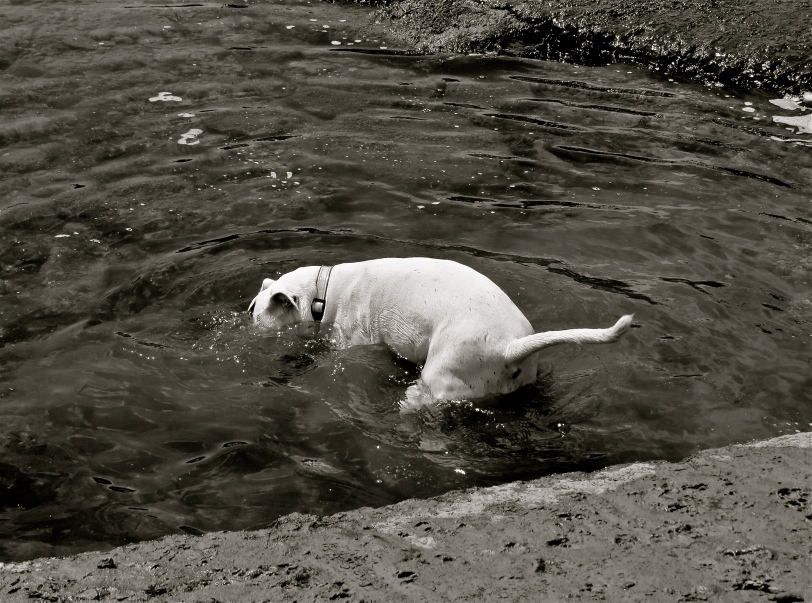 Stopped off for a bit of lunch at Emsworth today.
I was on the way home from Southbourne, just a few miles further on up the road, where I had been visiting my dear old Mum!

It was here that I spotted one very muddy ‘Staffy’ running and fetching a ball on a rope, for his adoring owners.
Obviously with being somewhat wet and with a dirty coat….he was not permitted to get back in their car. At least not until that is, he had properly rinsed himself off.

Well, this is him……rinsing off!

He was completely in his element, and totally loving the water. Oblivious to anything else, he remained totally focussed on retrieving that ball! He furiously plunged, submerging his head several times before, to his total joy, he eventually located the said object, gripped it in his jaws, then fled, at a rapid speed of knots up the beach and headlong into the awaiting car.

Luckily for me though, not before I had managed to snap off a few shots!