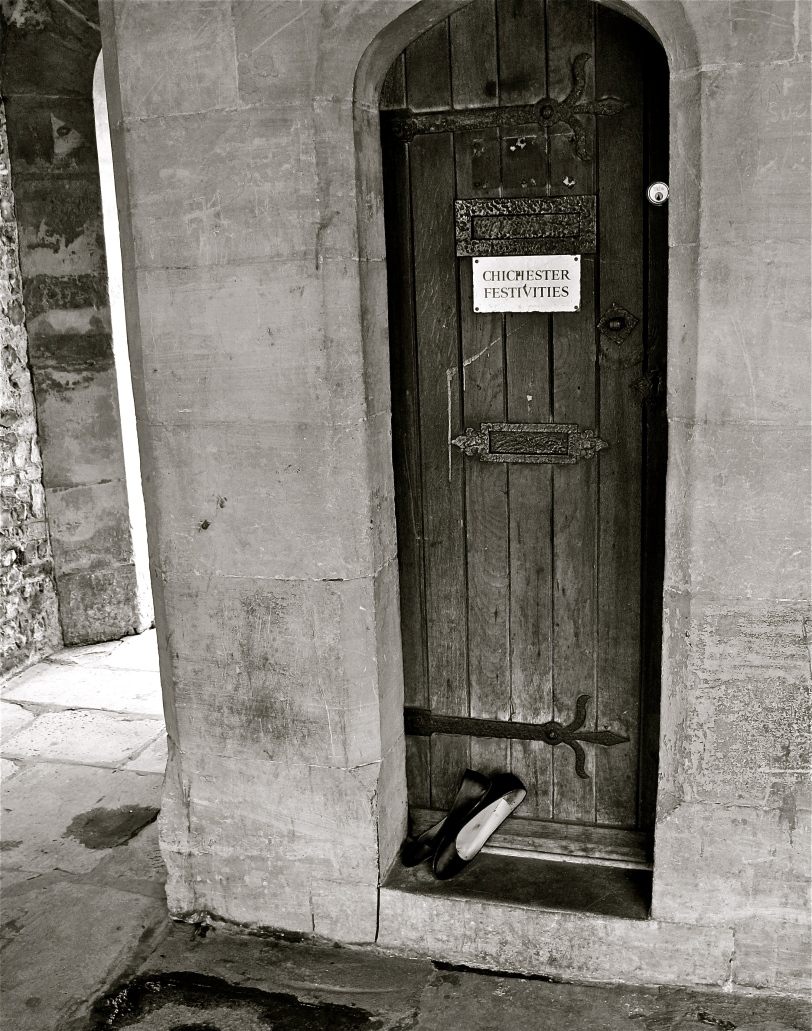 “The question for me though……. was why?”

I later discovered that ‘Chichester Festivities’ had gone into insolvency, after some 38 years!
Having initially started in the mid-seventies, they were recognised as one of the UK’s leading arts festivals.
Chichester’s Norman Cathedral was where international symphony orchestra’s would play to the delight of their audiences.
Many of our world class artists have performed here over the years, as have many jazz legends.

However, I was delighted to discover that
‘The Festival of Chichester 2013’ in conjunction with the City University. have been working during June and July showcasing a variety of dance, music and art for the community.
This year deciding to choose for their theme…… ‘Inclusivity.’

Maybe this might go someway towards explaining our ‘abandoned ballerina slippers?’.
Perhaps their mystery owner had not been made aware of this fact? Deciding instead, to leave these tiny slippers outside this very old, and yet very familiar, entrance door?

Or maybe this was our ballerina’s unique symbol, left to mark the sad demise of what she and others like her had always recognised as being a highly successful, and well valued local initiative?