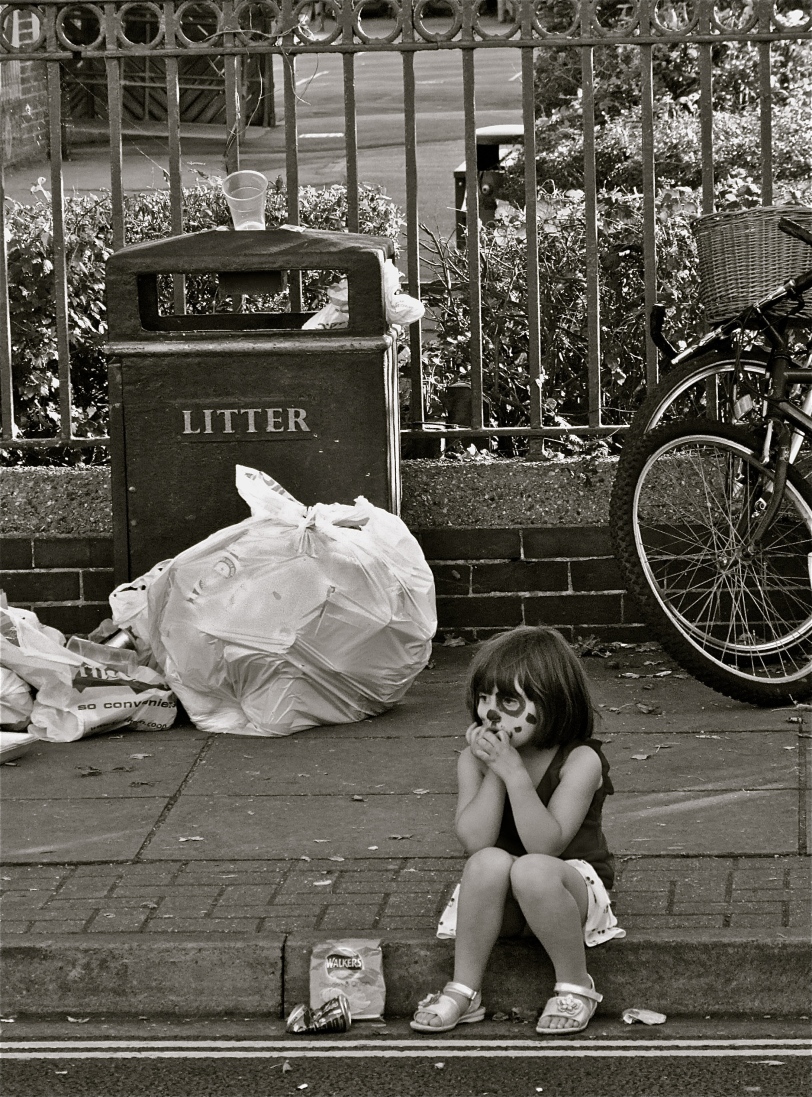 At the very end of one of the many “Love Albert Road” days, I was returning to my car, when in the distance, I spotted this little girl.

She was just sitting there on the kerb, her little hands on her chin, sat next to an empty packet of crisps, and an empty drinks can.

It transpired that she was in fact waiting patiently for the rest of the family to catch her up, as she had run on ahead of them, as kids all to frequently seem to do.

There, perched beside the litter bin, and the discarded rubbish bags, and the chained bicycles, with her sweet little puppy dog face paint on.
She looked just like a little girl lost.

I pointed the camera in her general direction and luckily snapped this image. As literally, no more than one moment later she had moved on to reunite with the rest of her family.

It just goes to show that moments like this only last for a very short time, and are never to be repeated!

I felt so pleased to have got this shot, and even now this image can conjure up a variety of thoughts.
It made me reflect on my own grandchildren.

And to never forget just how small, and vulnerable they are, in this big wide world of ours.