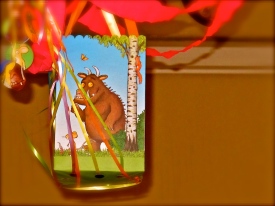 “Before eating her Gruffalo Sweets”

“Or sampling her Gruffalo Cup cakes made by her Mum” 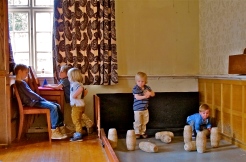 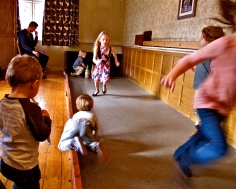 ‘Quick everyone bring the party hats” 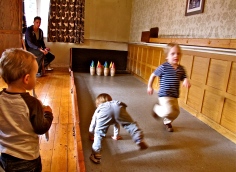 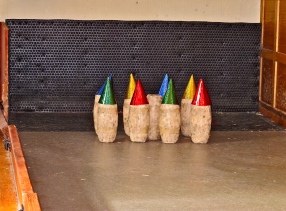 “There…how good are these everyone?” 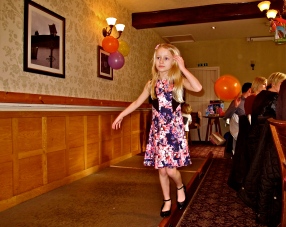 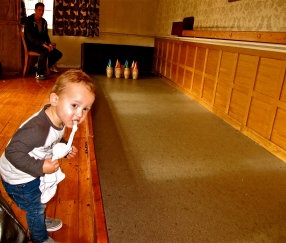 “C’mon you lot throw the ball!”

“Don’t thnk this was such a good idea though?” 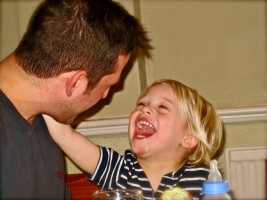 “Have you seen Kaden Dad?”

“The crowds begin to gather as the tension mounts!” 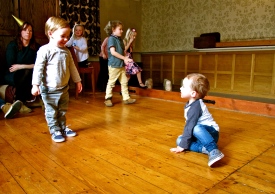 “Who’se winning at the moment Kaden?” 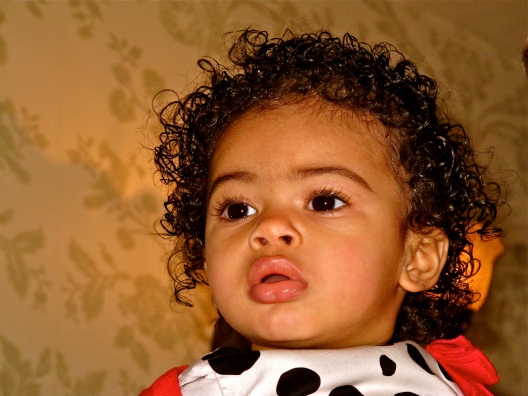 “I think I’ve had enough of this…time to look cool!”
Today was our little Harri’s Birthday party, held at a local Skittle Alley and a place where she could wear her best Princess outfit and receive the remainder of her presents.

You see her real Birthday was last Thursday and she was taken off to ‘Peppa Pig World’ with her big sister and her Mum and Dad.

They made the fatal mistake of telling her that as it was her 4th Birthday, and she was now getting to be a bit bigger; she was entitled to take charge of where they went to eat that day and who they went to visit etc!

Somehow though; Harri got it stuck in her head that she could maintain this new authority entrusted her by her parents. Consequently, we are all still being told what we all can and can’t do by this new style Princess ‘bossy pants!’

All good fun though eh? Now we knew that we would be seeing the three grand-kids today; and so yesterday I had got myself a brew; I bunched up the old pillows; and was just settling myself in for a full day of watching Six Nations Rugby.
When at three o’clock exactly right in-between the Scotland and England games…the doorbell goes! So I quickly get up to answer it.
Only to see the three kids each unpacking their stuff from the back of the car; all ready for a sleep-over!!!?

“Remember we said about this ages ago?” said their Dad. “Did we?” was our puzzled response.

Anyway, to cut to the chace, they did all stay the night as did their father when he got back from work. In the interim we were then still up until ‘stupid o’clock’ before eventually getting to bed.

Then as an extra special treat we were visited by all three of our wonderful little darlings as they all dived into our bed first thing this morning!

So whilst their Dad caught up on some sleep (In fairness he is a DJ, and so works strange hours!) we bathed the kids, washed their hair, sorted their clothes, and gave them their breakfast. At eleven o’clock all three were sorted out and ready for the party.

Eventually then; with the big event done, we returned home at around four o’clock; having invited my daughter and her partner Stef and our little Beau for their tea!

It is now almost nine o’clock and I am just submitting my evening blog. But my fellow bloggers; in a very short space of time indeed, I shall be pouring myself a rather large Malt Whisky and crashing out on our sofa!