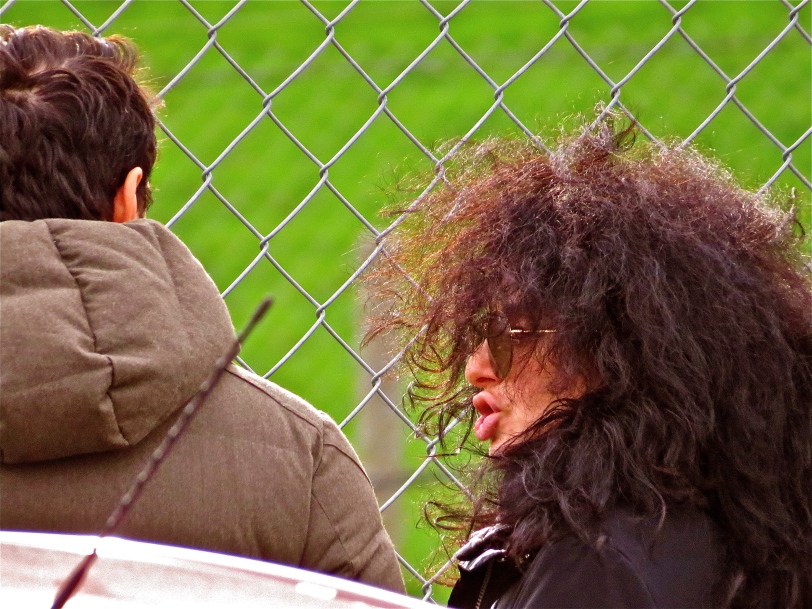 Took a trip up to ‘Brands Hatch’ race ciruit for a track day with my son Duncan on Tuesday.

The forecast was not looking that good for the afternoon although we did get in some pretty fast circuit times in the morning.

A colleague whom we had travelled up with that day had thoughtfully rented a double garage, so that should things get a bit blowy and unsettled then we would have a degree of shelter afforded us, should the need present.

The circuit is an interesting one and quite challenging for those unfamiliar with its twists and turns and sudden changes in camber and road surface etc.

It must be said that we met some extremely dedicated drivers whilst we were up there. As well of course as a few notable fanatics who could comfortably relate back all of the intricate workings of virtually every component part on their particular vehicle of choice.

We on the other hand were there to enjoy the day and to have some fun.
And eventually to endeavour to master the track through continued practice and concentration.

When this shot was taken however I was on a break from being in the car, and was actually getting organised to go and get a spot of lunch on the site. Then I saw this couple standing over by the safety fence watching the cars out on the track doing their circuits.

At this time of the day it was beginning to get very blowy, and the surface of the race circuit was now wet.

Consequently the cars were kicking up a fair amount of back spray as the sped away out of the corners and on through the straights. It was therefore understandably noisy where this pair were standing.

The loud throaty engine sounds continuing to emanate from the variety of high powered cars out driving at the time. I lined the camera up and pointed the lens in their direction.

The woman was trying hard to talk with her partner, but understandably experiencing difficulty in being clearly heard. Hence she needed to raise her voice.

This then was the resulting image that I managed to capture of them both at the time.

I think it visually highlights quite clearly the particular problems she was experiencing on her visit to ‘Brands Hatch?’