‘The Hawley Arms is Dead’ 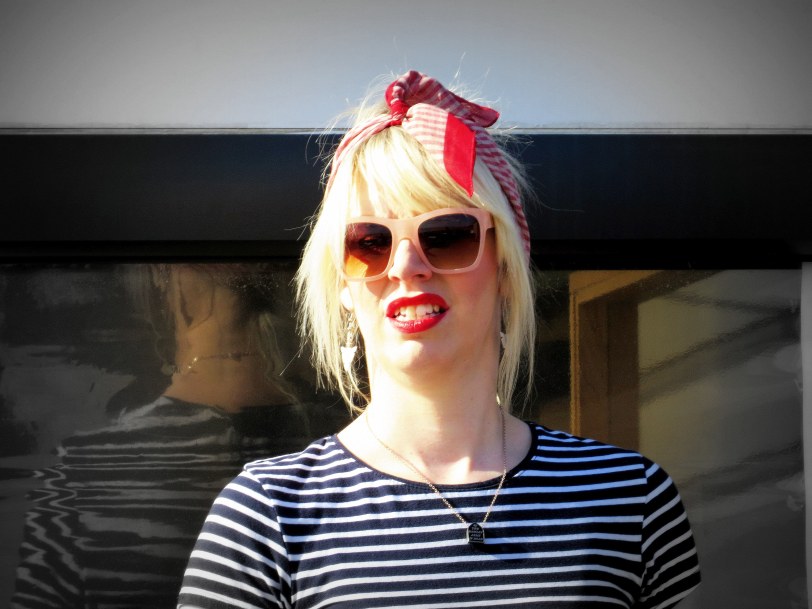 I am always interested in originality when it comes to fashion and she always seems to stand out in her style and choice of colours and accessories. On this particular occasion whilst I was visiting the cafe I happened to notice that she was wearing a small silver headstone shaped pendant on a silver neckchain which was neatly inscribed.

Despite my best efforts to try on more than one occasion to read what was inscribed on the pendant I was unable to do so as the words inscribed were very small and the sunlight prevented me being able to interpret them.

However, once had finished my coffee I went to return my cup and saucer to the counter area and this same young woman was fortunately writing out a bill for another customer. I then caught a glimpse of the words on the pendant which read ‘The Hawley Arms is Dead’

I then discovered that this was a reference to the local pub in Camden London frequented by the late and stunningly brilliant Amy Winehouse.

Apparently Amy did an impromptu gig for a charity at this very place just shortly before her tragic demise. Even singing a few of the now iconic songs from her legendary album ‘Back to Black’ which was at that time yet to be released.

Returning to the table to collect my newspaper I turned to see the waitress standing in the cafe entrance caught in the direct midday sunlight.

I quickly snapped this image of her, and if you look closely enough you can just make out the pendant which was obviously this ladies personal tribute to Amy Winehouse.

Like many others I adored Amy Winehouse from the onset, and was stunned when her untimely death was announced on the world news.

Im sure though that she will remain iconic in the world of music and never be forgotten.

RIP to a real unassuming superstar so tragically taken from her family and her legions of fans throughout the world; way before her time.