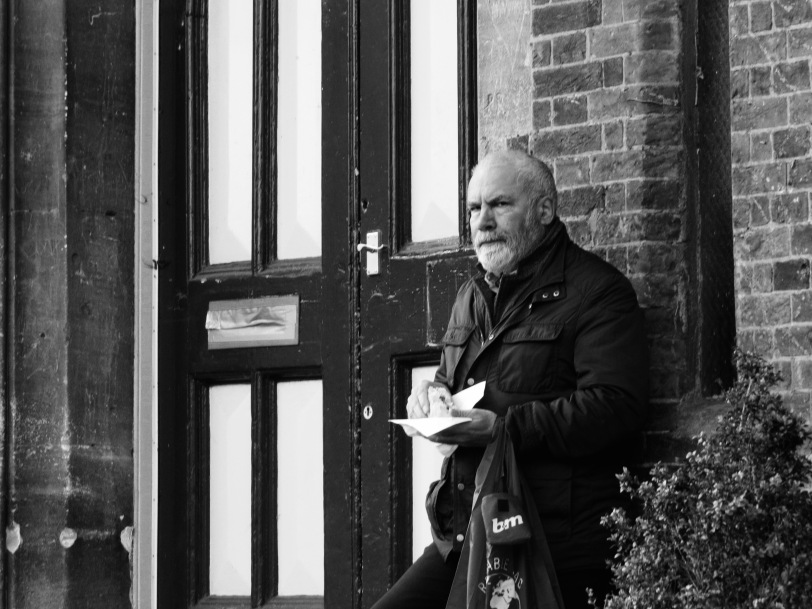 Taken at the local Farmers Market which we visited when we were over in beautiful Woburn over the weekend just gone.

There were a variety of local foods and crafts stalls which were doing quite a good trade by the time we actually arrived there on the Sunday.

This gentleman in the photograph today had just purchased one such homemade pie and had taken himself off over to the church entrance where he was quietly enjoying his lunch.

I’m not too sure if me then pointing my camera in his general direction went down particularly well, if the expression on his face is anything to go by?

In fairness to him though he didn’t seem all that perturbed in the end and actually went on to have a conversation with his friend shortly after.

It just seemed like a good shot to capture at the time… in my opinion at least.

So thank you sir, much appreciated.